A remake of the famous 80s music film, from Kevin Bacon to probably less famous actors and actresses, but to dancers, amazing ones, and isn’t that all you need in a film such as this one. With the amazing and fun song that’s always remembered of this film, NOW I GOTTA CUT LOOSE, FOOTLOOSE, KICK OFF THE SUNDAY SHOES, PLEASE, LOUISE, PULL ME OFF OF MY KNEES, JACK, GET BACK… ok I’ll stop. It’s very catchy. You either love it or you hate it, and that’s the same for this film. Now I actually haven’t seen the original version, so I can’t compare the two. This will be a review standing on its own. 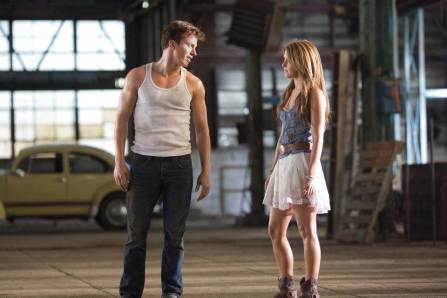 Welcome to the town of Bomont, a town of unusual rules and laws. But simply explained. The film starts with a three year flashback, of a town tragedy, sudden and horrific, five seniors die in a car accident after returning from a party. Laws are put in place, curfews, laws against drinking, alcohol. Public dancing is banned. Three years on, we notice a new guy in town, Ren (Kenny Wormald) from Boston, moving in with his Uncle Wes (Ray McKinnon) after his own personal tragedy. We soon find out he’s not used to the small town kind of life, Ren is a character loved with a smart-ass, sarcastic attitude. Quickly misunderstood, he just tries to fit in but keeps getting lost in things getting him in trouble. We also get to know another character, Ariel (Julianne Hough). Her brother was the one driving the car three years before, so she’s been living in agony, she’s a character troubled and very complicated. Seemingly confident and gets what she wants, she’s actually very lost and broken. She’s an interesting character. As the film goes on, Ren and Ariel have more moments together and truth leaks out about her issues and her controlled father issues and her rebellion. Because of the intensity of the characters and the deep backgrounds they both have, I would say this film is more drama than anything else. There isn’t as many songs and dances as you would think, replacing this are some difficult scenes, heartfelt or heart-breaking, particularly with Ariel. 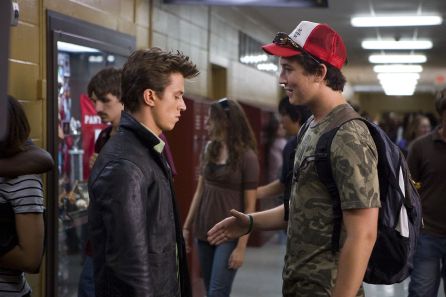 My favourite character, Willard, is played by the brilliant Miles Teller. His character has to be appreciated. He’s really funny and his development of dance skills is one of the best scenes. He’s a hot-head where usually most of his scenes contain him getting into a fight. I love watching his character grow. ‘Footloose’ is a great, feel-good movie. The songs have to be mentioned, as I already have mentioned the classic Footloose song. But also there are some other great songs, the slowed version of Holding out for a Hero is beautiful and suited to the scenes it is placed, and the country line dance scene is brilliant, obviously with the amazing dancers, but also with the great Fake I.D. song they dance too. There is one angry dance scene which personally I find a tad awkward, ok very awkward… Nevertheless, the dancing and music has to be appreciated as it makes you want to dance along. 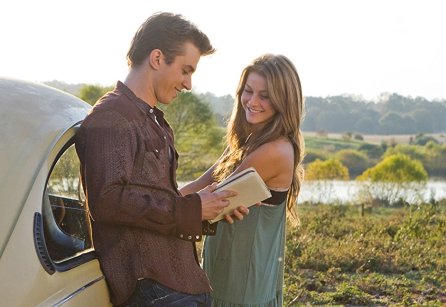 This remake of ‘Footloose’ has great dancers, has great songs, and a fun but heart-felt storyline. It’s not the simple ban on public dancing that wants to be broken blah blah, because there is actually more to it than that because of the complicated characters I’ve already mentioned. Regardless, ‘Footloose’ is fun and very enjoyable, and back in the day I watched it on repeat. And yes, it is very predictable, but oh well! If you think this would be a film for you, I would recommend it, although I understand it’s a film of particular taste. Get up and dance with the film, because why not?